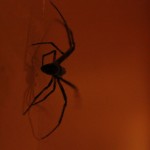 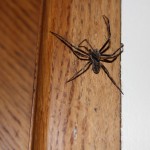 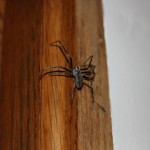 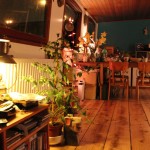 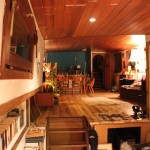 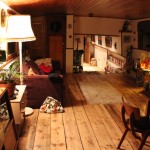 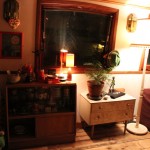 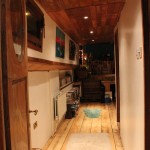 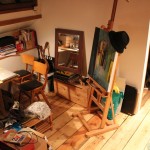 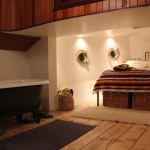 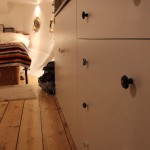 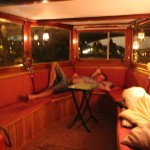 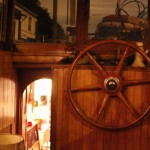 So!  Some more pictures above.  Have I mentioned the spiders?  I don’t believe I have.  Pictures above of 3 of them (although possibly it’s just 2 of them, with one taken from 2 angles.  They all look so different with their hairy spindly bodies and matching legs).  There are probably around 27 spiders currently ‘sharing the space’ with us.  One kindly builds his web over Pat’s nearest porthole every night (it’s definitely the same one)- he protects us at night from bugs and mosquitoes.  Spiders, you see, are our friends.  Although sometimes they’re just downright rude and build their webs in the most inconvenient places.  Yesterday I found one who had made it’s home in the toilet.  Actually IN the toilet.  Often they block whole doors with their elaborate wispy ways.

Tonight it is raining so today we ordered our stove so that it arrives in time for winter.  We booked flights to Brazil so that we arrive in time for the winter… er herm.  And we also ordered our kitchen which is being made by a very nice man called Gary who lives in Nottinghamshire.  He makes reclaimed pine kitchen units with belfast sinks in them, which look like a country cottage.  He’s not able to come here and measure up so Dad and I have spent a long time drawing up diagrams and measuring, so no doubt they’ll arrive and be completely wrong and too big.  I do hope not.

What else? We’ve been having visitors and are planning a ‘nautical’ themed boat warming party.  Perhaps- ‘Sea Creatures of the Deep’.  I’m just worried that if this is the theme then people will come wearing clothing that restricts the movement in the lower part of their legs- mermaids, eels, prawns, oysters etc- they don’t really have much manoeuvreability in their legs. In fact, they don’t have legs.  And at a party on a boat this could be disastrous.

BTW (as they say) just saw Cheep’s family and it was down to 3.  Mother duck (still alive- but has lost half her body weight due to post-birth activity) and 2 ducklings remain.  I guess that’s why they have 9 to begin with.  Still, I’m decided not to become emotionally attached to the whole duck-family thing.  It’s more than I can cope with, I have my own family to worry about.